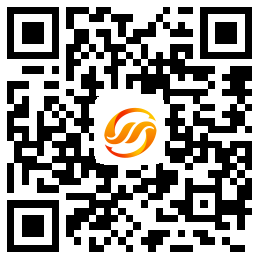 The casting industry in China has been developing in recent years

According to the casting industry market survey and analysis report released by China report hall, China's total casting output has been ranked first in the world for 9 consecutive years, and China is the world's largest casting country.  However, such a large casting production country still needs to import casting products from overseas. This is not because the total amount of casting in China is not enough, but China's high-end casting products cannot meet the domestic production requirements.   In fact,  there is still a large number of low - and medium-end castings in China.  Chongqing casting has excess production capacity of middle and low end casting, and the product sales are not smooth, which affects the capital withdrawal of casting companies and the implementation of re-production, and further affects the progress of casting companies.  In order to improve the progress of casting industry, it is necessary to convert the surplus low-end energy into high-end production capacity,  and pay special attention to some high-end functional devices that are in short supply at the stage of development in China,  so as to satisfy the market demand,  and thus improve the progress of casting industry.

The total amount of castings in China increased while the total amount of other four countries decreased slightly.  Overall, however, there was a significant increase over the year 2000, with the total production of castings in the five countries jumping from 22.6 million tons to 58.4 million tons. In 2000, China produced 10.9 million tons of castings.  In just over a decade, the world's most populous country almost quadrupled its total casting output to about 42.5 million tons in 2012, with the largest output of gray iron exceeding 20 million tons for the first time in 2012. Since 2000,  the growth of other alloy castings has been steady,  with the growth of ductile iron, cast steel and aluminum alloy tonnage between four and five. Malleable iron production has lagged behind, rising from about 400,000 tonnes in 2000 to 600,000 tonnes in 2012. Copper alloy casting increased by more than 625% year-on-year, from 119,937 tons to 750,000 tons. The total number of castings in China increased by 4.2% from 2010 to 2011 and 3% from 2011 to 2012.

Brazil remains the world's seventh-largest producer of castings.  Brazil is still trying to recover from the global recession that followed 2008,  producing more than 1m tonnes more castings than it did in 2000.

Russia has had a negative impact on the foundry industry in the past few years as the global economy has been in turmoil.  Total production fell to 4.2 million tons in 2009 and rose slightly to 4.3 million tons in 2011.

India is now the world's third largest producer of castings and has weathered the storm despite the dramatic fluctuations in casting production seen in many countries as a result of the 2008 global recession.  Before the recession,  India produced 7.7m tonnes in 2007 and surpassed that amount just three years later.

In recent years, extensive and increasing demand at home and abroad, so that China's casting industry, especially stainless steel metal casting is favored.  Industry experts have summarized two major reasons:  first, with the continuous improvement of China's economic status and the continuous development of China's casting industry, more and more metal casting products are exported to other countries, and the increase of overseas demand directly drives the increase of production of China's casting manufacturing enterprises. Secondly, high quality wins the world, and the improvement of the quality of domestic hardware casting products is also an important reason for the increase in demand. China's metal casting industry is booming. Compared with other brics members,  South Africa has a relatively unique development history. South Africa's output rebounded during the global recession,  reaching an all-time high of 538.944 tonnes in 2010,  but has fallen in recent years, to 375,000 tonnes in 2012.